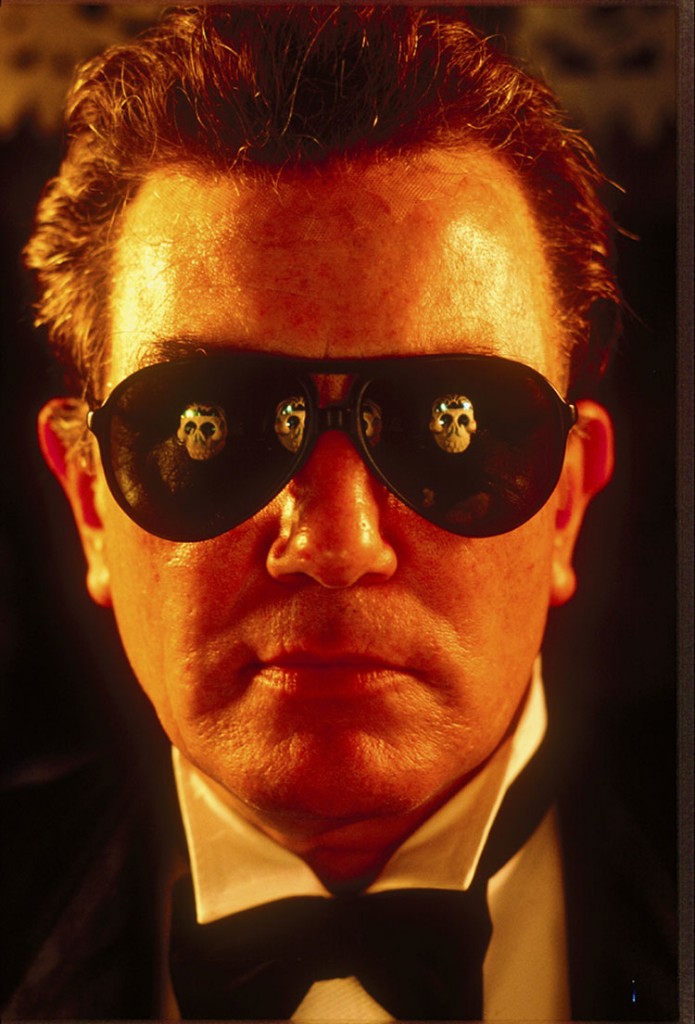 Admission: I have not read Lowry’s novel the film is based on (not yet, anyway), but this film is done so well, impeccably acted, a true character study, that I can’t wait to pick it up.

Albert Finney is a dream here. I have never seen alcoholism presented so unflinchingly: not as a plot device, not as a means to push the story forward, but as baggage…as an anchor that follows Finney’s Consul with every step, every breath. Forming the words in his mouth for him. Deciding where to go, what to do. It is awkward, this film, and meant to be: a man drowning in drunkenness, careening toward total collapse. A man, a government official stationed in Mexico—a white man—meeting and talking with the locals, yes, but not being a part of their culture. His talk, his actions, his dipsomania…the city around him, the people, are means for him to relish his own losses, what he has not accomplished, what has been taken from him (or, in reality, what he has lost on account of his nearsightedness). Here is a man who doesn’t wish to know the landscape, to fully understand his position, geographically or otherwise, and ultimately meets his demise on account of it.

The story is simple, really: it follows Finney’s Consul on the last day of his life. His estranged wife has come back to him after having left without so much a word, and the two of them, along with Finney’s adventurer pal Hugh, take to the streets, the countryside, discussing life, possibilities, yet all of them, this whole time, remain removed from the physical world around them. There are parallels to Marlowe’s Faustus myth, yes. The Consul is suffering, and he believes, really believes, there is no cure, there is no salvation. The Consul, ultimately, cannot see the beauty of what is actually in front of him: that his wife has returned to be with him, that he has the deep affection of his friend Hugh, that the people and places he visits are full of remarkable people all with their own stories. That he is hovering above them, far too high, so high he cannot see how he got there, or how he can get down. Again, I was worried this would be another White Savior movie, a story of a foreign man bringing peace and pros 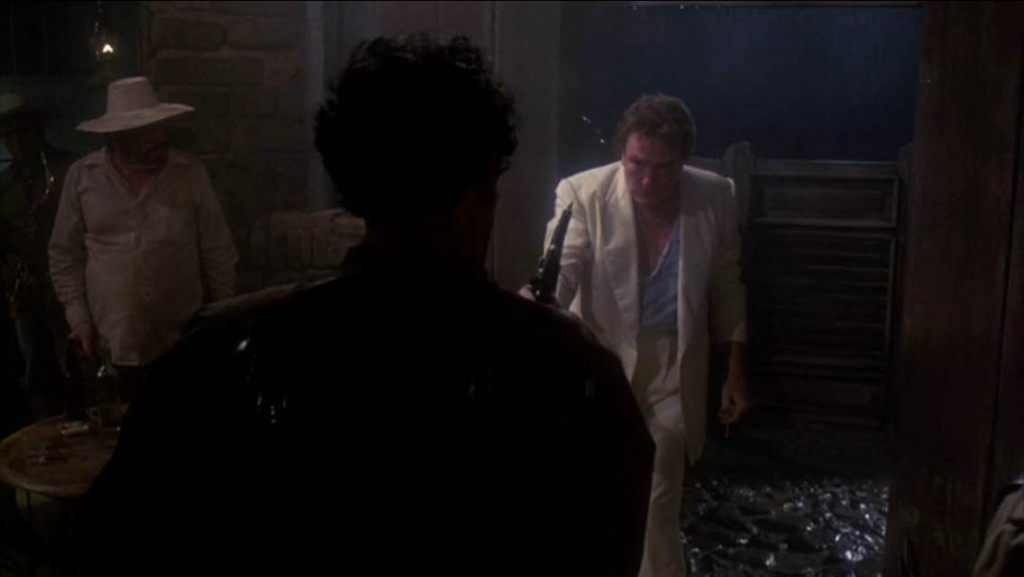 perity to a place not his own, but it is not. It is a study of the fallibility of man; of man’s desire to understand the world but in its egocentrism never being able to…all while the world, the rest of the world, keeps on spinning.

I really did love this film. What stopped it from being a solid 5 for me? I’m not sure. John Huston’s directing is fantastic, the scenery is luscious, and the acting is top-notch. Yet, I can’t place why this wasn’t a flat-out home run. Did it drag in parts? Perhaps, but forgivable. Was it the frustration of seeing someone who cannot pull themselves out of their downward spiral? Yes, but that was, after all, the point of the film, I’d argue. So, I’m not sure… But this was a powerhouse, one I absolutely recommend. And a nice companion piece, actually, to Sorcerer, another film made in about the same timeframe featuring some similar themes.

2 thoughts on “Under the Volcano”