After a distastefully long absence from posting on my own blog (it’s my namesake!), I’m back with a vengeance, and I plan, from now on, to update much more frequently.  Pinky swear.

SAINT JAMES – So, I started a comic book publishing company in January of 2009 (Saint James Comics LLC) with my good friend Jesse Young.  Things have picked up tremendously since then, as well.  We currently have two comics printed and available for purchase, as well as a series of webcomics offered free on our site.   Check it all out right here: www.WhoisSaintJames.com.

AUSTRALIA! – No, not the movie.  I took a trip Down Under in September of 2009 with my good friend E. Kula and had a blast. Check out pictures on my Facebook page here.  PS -kangaroos are delicious. 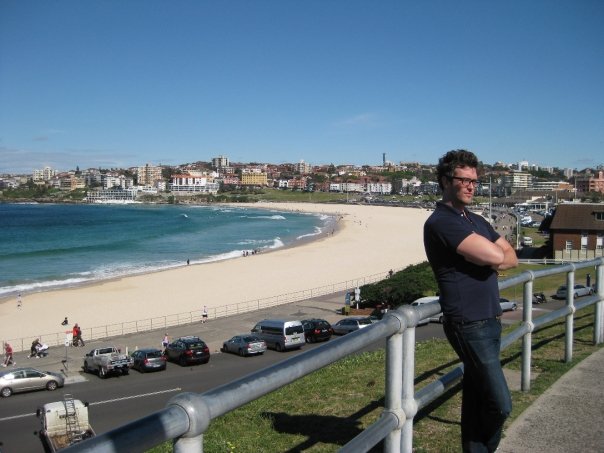 WRITING – I am currently hard at work trying to get my novel, Impossible Monsters, noticed by a literary agent (or two).  It’s a long, annoying process that I’m only now beginning to really pour myself into (I should hire an assistant for this part).  The synopsis, via me:

The novel, set in 2005, deals primarily with the escapades of two characters: Richard, a twenty-five-year-old American graduate student, a handsome writer-in-training who constantly worries about his troubled long-distance relationship while trying to impress his professors and colleagues, and Anthony, a nineteen-year-old American student, an outsider amongst outsiders who numbs himself with narcotics while struggling to fit in anywhere, even in his own skin. The story alternates between both protagonists’ perspectives over a month’s time during the fall semester at the fictional Wellington Ayers University in England. A plethora of secondary characters take their own turns at narration, thereby giving unique and varying perspectives of Richard and Anthony outside of their own egos as reminiscent of Faulkner’s As I Lay Dying.

I’m also researching like mad for my next book, a revenge story set in the world of outlaw bikers. Seriously. Couldn’t make this stuff up. I’m debating if I should job shadow a real motorcycle club here in Detroit. Only if I bring my brass knuckles, I suppose.

Anyway, that’s it for now.  I plan on making this a regular thing, updating about my life, writing, comics, whatever, so stay tuned, true believer! (Please don’t sue me, Stan Lee.)