So, I’ve been writing most of my life, and at the same time been a fairly avid reader of comics, but it wasn’t really until this past year that I combined these two passions to become…(drumroll)…a comic book writer.

Sure, it helps that I started my own comic book company and all, but I’m aiming big time, and plan on pitching some ideas to established studios such as Image, Dark Horse, and Oni (to name a few), as well as nurture the series I helped establish at Saint James.

That being said, there truly is no greater feeling than walking into a comic book store and seeing something you wrote/created on the shelf (even better when you’ve been informed that the store sold two earlier that day).  I imagine it will be a similar feeling, seeing my novel in bookstores eventually, but for now, this is pretty damn cool. 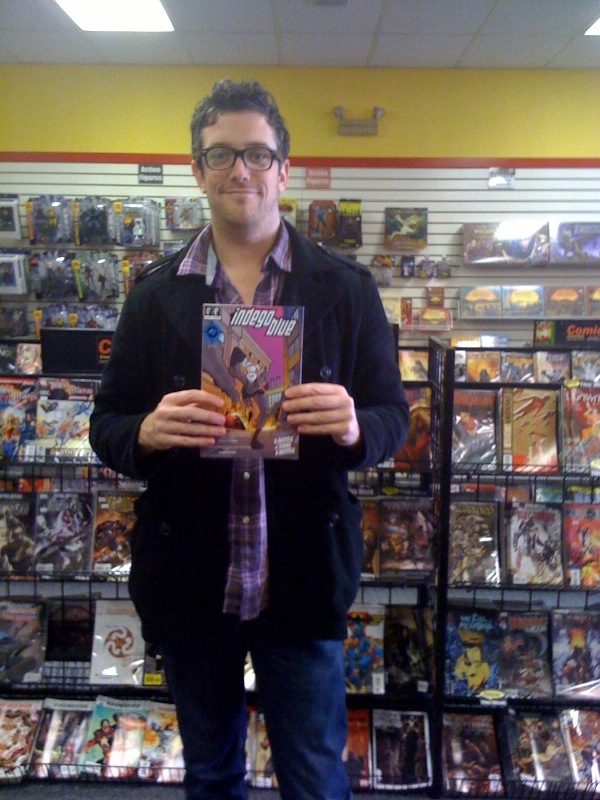 The comic I’m holding is the first issue of the Saint James series Indego Blue, written by myself and Jesse Young, with artwork by Howard Russell (no relation).  Click here to see how you can get your very own copy.  Help a brother out!