It’s mid-term exam week at and basically…I’ve had nothing to do all week.  The students take their tests from about 9am to noon while I just sit in my office.  I also get to go home at 1pm.  Not too bad, all-in-all.

Wednesday, Mr. Jang informed me that the male teachers of the school were getting together for lunch and some ‘games.’  I said: “sounds fun.”  They had set up a bbq on the soccer field that sits at the front of the school, and started cooking plates and plates of meat.  Koreans, it should be noted, have a penchant for drinking.   They had bottles of soju and cases of beer and then a few liters of a drink called makgeolli – which is carbonated rice wine the color of milk. 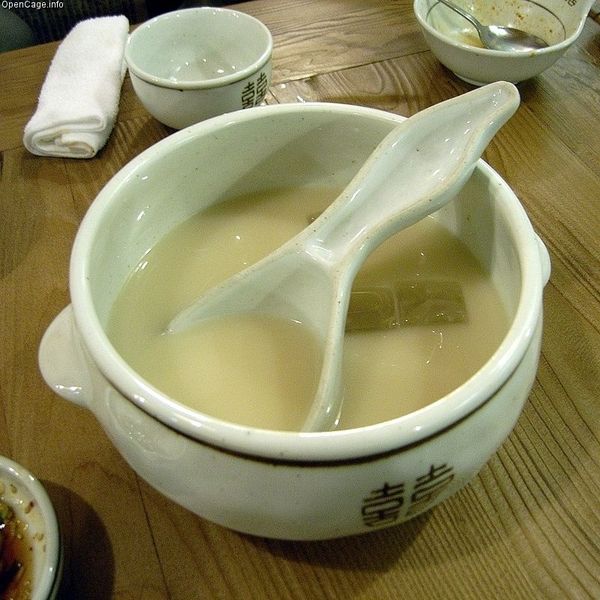 (makgeolli in all its glory)

Well, I don’t like to disappoint and I really don’t like to turn things down, no matter how gross they may be to look at (read: octopi boiling in water), so I obliged the makgeolli (which is fantastically delicious) and ate about a year’s worth of meat in two hours.

We drank and drank and drank, then played Korean Football (bae-gu) – there were about 12 of us, altogether.  Bae-gu is basically tennis, except you have six people per side, and there’s a net, and…well, think of it like human ping-pong.  You can only use your feet, and you kick the ball (three hits per side, like volleyball) to the other side, trying to out-maneuver your opponents so they can’t return the hit.   It’s actually pretty fun.  I believe, though, since I’m a foreigner and very tall (compared to them, at least), they expected me to be very good at the game.  I had some good moves, very sporadically, but I definitely have room for improvement.

So, 4pm came around and I thought I’d end up just going home, but the teachers had other plans.  Koreans love staying out late.  Some of the female teachers once told me that the males feel they have nagging wives and try to stay out as long as possible to avoid them.  I’m not sure if this is true or not, but does answer a few questions.  Anyway, we then went to a seafood restaurant where I tried some fish intestines (ew, by the way), and had more soju (cucumber flavored, actually).   After drinking for another two hours, we moved on to a noraebang – the karaoke singing room.  Now, it should be mentioned as well that the vice principal of our school was out with us. This man is a bit feared, because of his title, but boy, oh boy can he sing!  We were down to 6 of us at this point, and they forced me into doing renditions of some Depeche Mode and Queen ballads (which I rocked out).  We drank beer and stayed for about an hour or so, and then Mr. Jang and I decided to go to a local bar (we were by my apartment).  My friend Jeff met up with us and by the time I got home it was about .  I had been drinking a wide assortment of Korean liquors/beers for about 9 hours.  I was exhausted, to say the least.

It was a pretty cool day.  I learned a lot of Korean traditions, about eating and drinking mostly, and my teachers taught me Korean words when they came up.  It was very cool getting to know some of the teachers better too.

It’s odd, the small things that make cultures unique.  Koreans, for example, are extremely ‘touchy’ and it is a sign of great friendship/appreciation to have your best friend hold your hand in public.  It was very odd getting used to the boys at my school doing this, but I guess it’s the equivalent to friends hugging and giving high-fives in the States.  Throughout the day/night, the male teachers kept grabbing my hand while we walked.  It was odd at first, but again, it is a sign of respect.  So I felt pretty good about that.Ciao.

One thought on “Male bonding, Korean-style”