Wow. My first official post from Korea. Where to begin, eh?

(Disclaimer: I’ve been surrounded by Canadians for the last five days, so excuse the ubiquitous use of “eh” throughout this post.)

Anyway, wow. I’m in Korea. I arrived last Thursday, along with four other gentlemen from the States, and we were escorted to the Paradise Hotel. I am living in the city of Incheon, which is near Seoul, and for five days we had lectures about teaching, some history about the city, etc. Basically, Incheon is trying really hard to be a very English-friendly city. There were maybe 50 teachers who came to orientation and were put up in the hotel, all of which except us five Americans had been here anywhere from 2 weeks to five months – but the orientation was mandatory. So the school board of Incheon put us up and took care of us and it was great. Met some awesome people which is making an otherwise very lonely time bearable.

So we did the crap we had to do, had some city tours, etc. I found some beondegi on the street – or boiled silkworm pupae – and indulged. And yes, this is exactly what it looked like: 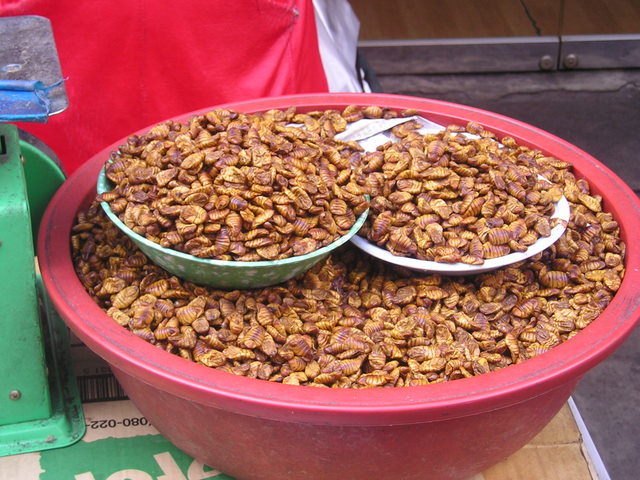 And then my reaction: 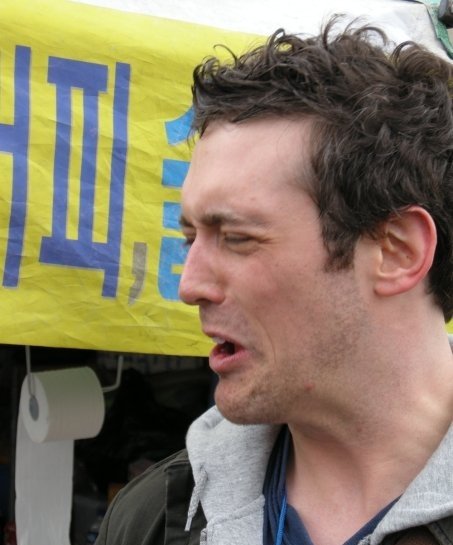 Mr. Jang (his English name is James) is my main co-teacher, and basically my go-to guy. Apparently he chose his English name because he’s known as Mr. Fix-it and likens himself to James Bond and Macgyver. Pretty funny. But he’s taking good care of me and drinks like a fish. Seriously. It’s crazy how much soju (the national liquor) he can put down.

My school is comprised of 1,500 boys from the ages of 16-18 and I am the only Westerner here. Needless to say, they heard I was coming and found out my name and I have a hallway of teens shouting “Robot, Robot” like it’s going out of style. I feel like a rock star with groupies. And I can’t really escape them, being the only white person in the school.  So…yeah.

Anyway, more to come when I can manage to get my computer working in my apartment and whatnot.  And I’ll get some pictures up real soon.