The release of Issue 13 will mark our three year anniversary since starting Midwestern Gothic. I waxed poetic about how long we’d been doing this when we broke through into double digits with Issue 10 last summer, but I can’t help but think about it again. I mean, it’s unbelievably nutty to think that we’re still here, chugging along, and that the submissions we’ve been receiving have just continued to be nothing short of incredible. I mean, any journal worth a damn is only worth a damn thanks to the submissions they’re fortunate enough to snag. And let me tell you: I am forever grateful to anyone and everyone who’s recognized what we’re trying to do with Midwestern Gothic, who sees the importance of our message that the Midwest is more than just flyover states. Without these folks—the writers and readers and everyone between—I don’t know where we’d be.

A side note: We have a who’s who of talent in this issue, and I’m especially delighted that we’re featuring a story by Bonnie Jo Campbell. She so perfectly encapsulates that Midwest aesthetic we’re going for, and it’s an absolute treat to feature her here. 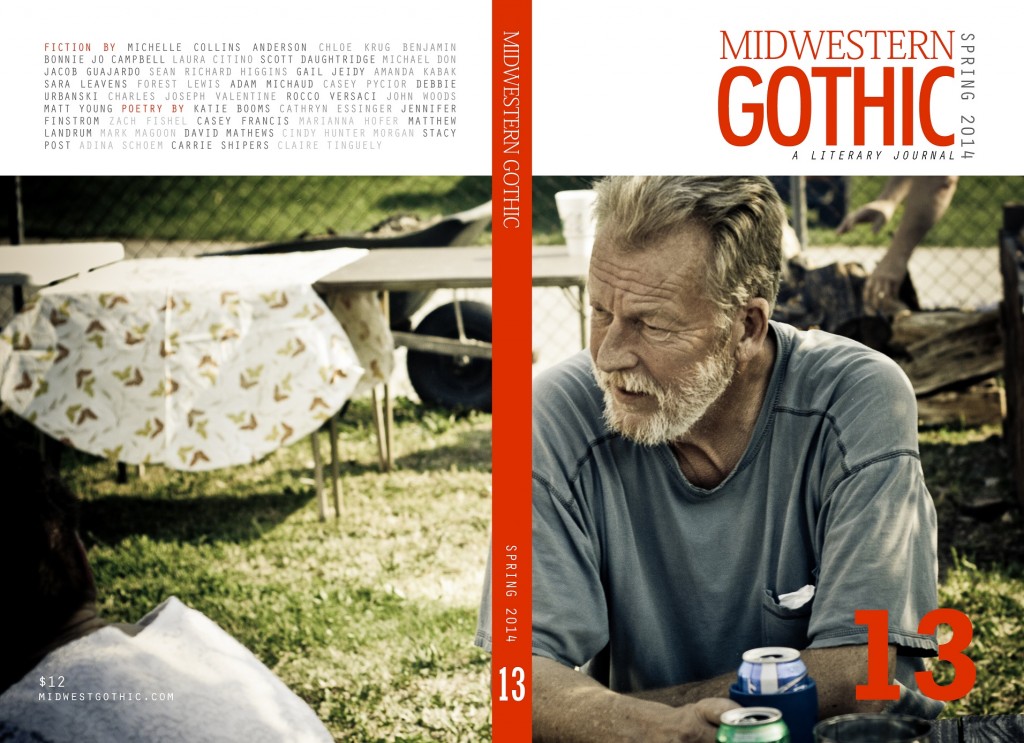