After the success of last year’s theme issue (Issue 7, which was on Nostalgia), we decided it might be fun for each Fall issue to be a theme—it’s a fun way for us to do something different, still culling Midwestern literature and poetry, but around a specific idea that helps draw in different writers and readers.

This year, we decided to embark on a genre, more than a theme: Creative Nonfiction. CNF is something we’ve thought about exploring since the inception of Midwestern Gothic, but for fear of over-crowding issues (with it alongside fiction and poetry), we’ve never fully explored it. For Issue 11, however, we thought long and hard and realized it was time to showcase the essayists out there and their stories—again, another way to help paint a well-rounded portrait of the Midwest, of the folks here and the stories they have to tell.

Which is why I’m doubly excited to show off the cover for Issue 11—we thought our first foray into Creative Nonfiction deserved an especially cool cover, and boy howdy am I in love with the final product. 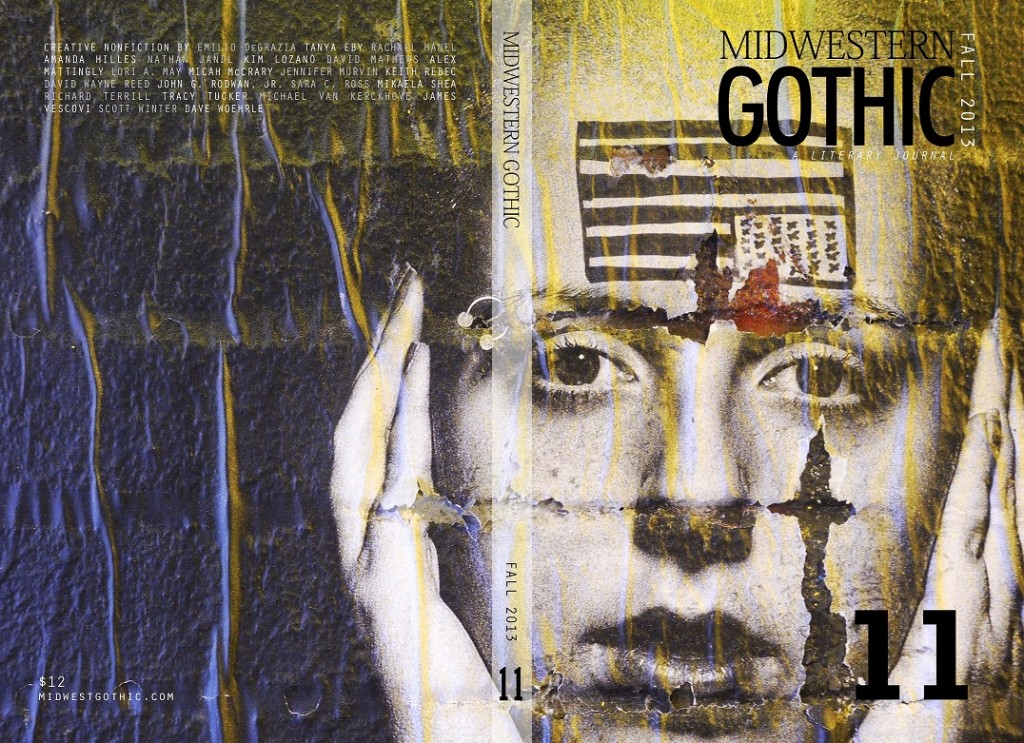