Even though I was still a year or so away from really getting back into comics when I was studying in Oxford, I did go to Videosyncratic quite regularly to rent movies and peruse their comic section (which was really pretty great, actually).  Now, word comes they are closing their doors for good, which is a shame, considering it was the last comic shop in Oxford. 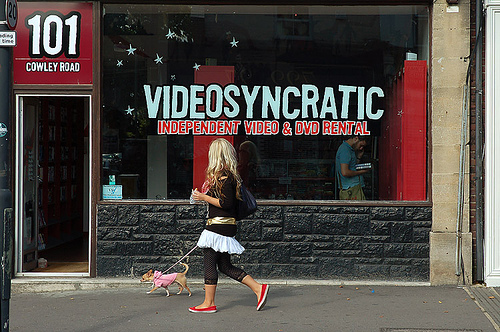 It’s odd they’re going out of business, considering there’s a decent comic book community in Oxford (including Caption, the UK’s longest standing comics convention), and that the trend world-wide seems to be in favor of comics these days…but what can you do. The good news is, though, that they’ve decided to go out with a bang, putting on a series of in-store concerts and whatnot.  At least that’s something, right?