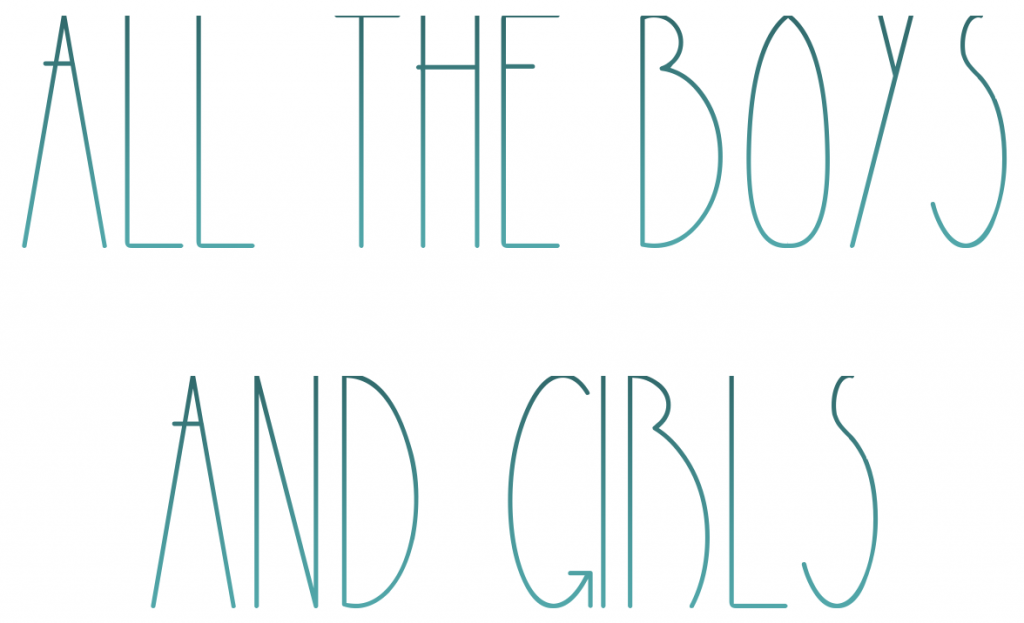 The following is a micro-essay that first appeared on Twitter, which I’ve edited and pasted here in its entirety. Here are the others:

The Horizon Eaters
We Buy Gold

Or: Those Puppet Years

His name was Toby.

He had soft electric blue hair, yellow felt skin, and googly eyes. Toby was, yes, a puppet. I was at church—Sunday School—and in each of the rooms off the main hall there were groups waiting for students. The idea was that we would find a group (choir, volunteering for kitchen duty, etc.) to invest our time in. I was nine or ten, and I hated this idea: I already had to go to church for Mid-week classes (our version of Catechism), Sunday School, and church…and that was enough. But then I wandered into a room filled with puppets of all sizes, shapes, types. And, having grown up with the Muppets, with everything Jim Henson, I was hooked.

Puppets—a Puppet Ministry, they called it—was a new idea for my church. The Youth Group wanted a way to reach out to more people, more students, especially, not just in our church, but in churches throughout Michigan and the Midwest. And, as a kid who was really sheltered, the thought of going to some other church, meeting other kids who didn’t go to the same school as me—that new blood I found so mysterious and alluring—I was hysterically excited. Plus, it would get me out of going to church a couple Sundays a month for performances, so that was pretty swell, too.

My folks loved this, the idea of me being involved with the church, and they didn’t, always, go with me on overnight trips where we’d be touring, which I thought was very adult and absurdly cool. I was fast approaching the end of elementary school, excited to start middle school, excited to, eventually, be a teenager, and I was coming out of my shell a bit. (Just a bit.) And this Puppet Ministry was a chance to get out, to see other, new places, and to have a bit of independence, too. See, I joke—often—that any awkwardness I exude around other people, any self-perceived weirdness, is my latent Lutheranism rearing its head. But, I’ve come to realize it isn’t really a joke. I don’t consider myself an awkward person—prone to awkwardness, absolutely—but there is a genuine shyness that, I think, has to do with being from the Midwest and growing up Lutheran. And, even then, I recognized that I wanted more from life, so puppets, doing this, of all things…I saw it as a way to embrace what was churning inside me. And getting to hang out with church friends, a really hip Youth Pastor I greatly admired, travel around…an emphatic yes yes yes.

Here’s how the Puppet Ministry worked—what we did: We had puppets that we bought, all sorts of humans and animals and vegetables and angels, and a Jesus puppet, too, of course, and we would get these pre-recorded skit tapes and songs, all with Christian themes. We had this massive stage built with PVC pipe and thick black curtains; this was the performance area, which we had to assemble and disassemble before and after every performance. The puppeteers would enter from this little enclosed area from the back, through a slit in the curtain like we were going on some grand (hidden) stage, and we’d sit or kneel, put the puppets up so they appeared waist-high above the curtain (they had no lower halves, anyway), and then motion and mouth and move along to the recording.

And it was hard. Really.

It took a lot of practice to be good, to not just flap the puppet’s head so it looked like it a seesaw. (The key is to move just your thumb, snuggly fitted in the puppet’s lower jaw, keeping the top part of the hand, and by extension the head, as still as possible, to mimic the way we talk in real life. And, while this is going on, your other hand is responsible for articulating two metal rods attached to the puppet’s wrists, attempting any sort of realistic/feasible hand movements.) And, for whatever reason, I was born to do this. I could keep my arm up the longest, had the best rhythm, gesticulated the best, and my enthusiasm was unparalleled. I remember, in 7th Grade, maybe late 6th Grade, when they promoted me to Lead Puppeteer. I thought, Yeah, I deserve this. I had worked hard, and no one could puppet the way I could puppet. I even got to be the sole puppeteer of Gerbert.*

*Gerbert is basically the Christian version of Kermit the Frog, an orange-skinned and lemon-headed child in a baseball cap with a squirting, halting voice that hands down religious life lessons. He was famous (maybe still is?), had a TV show, and, again, we’d buy tapes with his skits and songs, had an official Gerbert puppet, too, and would perform these wherever we went. And, no joke: kids worshiped him. They cheered for Gerbert when he popped up, and me, being behind the curtain, hand in Gerbert, ate it up. After all…he was me. Those cheers, then, were for me, too.

We’d practice a couple nights per week, every week. My dad, an avid tinkerer, built props for us, giant neon-spray-painted and black-light-receptive signs to be popped up during the skit or song or whatever we were doing. Then, on weekends, we’d tour around and/or perform at our own church. We’d go to competitions a couple times per year, too, massive meet-ups of other churches and their puppet groups where’d you’d compete and be judged on the quality of the puppets and props, skill of the puppeteers, overall enthusiasm, creativity, etc.

I was having the time of my young life.

It all changed when I hit 8th Grade. I was starting to move away from the church and its teachings, questioning everything. (I can pinpoint almost exactly when it started, that year, when a Sunday School teacher of mine stumbled after I questioned about dinosaurs, why they weren’t mentioned in the Bible, etc., and she scolded me, said something to the effect of, “Don’t ask any more questions, Robby! Religion isn’t about questions!”) Because I’d been having doubts about it all, about everything, it made stomaching the saccharine songs and skits that much more difficult, but really, if I’m being honest, it was about the fact I wanted to talk to girls, to be a “normal” kid, and I didn’t see puppets as normal—I started seeing it as weird, an oddity. Gone was the pride I had only a year or so before, replaced now with a spiral of shame. No one could know I was involved with this—no one!

A friend from church made fun of me once in 9th Grade, the last year I picked up a puppet, in front of a whole bunch of non-church friends, and that was, as I saw it, the literal end. I had only agreed to do puppets again that year because my parents were gutted when I told them I wanted out, had lost interest. But now, with people at school hearing about this…that was too far. So I (graciously, as I saw it) kept it up until the “season” ended, then bowed out. My youth pastor was dejected, my parents disappointed, and none of the other puppeteers and parents could understand why I wanted to be gone.

And then I was. And I never looked back.

My non-church friends who didn’t know about this part of my life already were never told. Those that did were sworn to secrecy. And I moved on to other things in my life and put puppeteering, puppets, and church, all behind me.

But now, twenty-ish years later, still no longer part of any church (this isn’t about that), I find myself coming back to those puppet years often and remembering them fondly, almost longingly. I was a child, I wanted to explore, I wanted to be liked—and, really, I wanted to make a difference in some way. Puppeteering gave me all of that. I was still shy in high school, really didn’t emerge into Fully Formed Adult Rob until college, but I absolutely believe that time with the Puppet Ministry is when I began to move away from ultra-reserved hidden-away Michigan boy, letting the chatty, silly boy who lurked there beneath—the real me—break free. I’m thankful for that. And I get it: So many of us move away from childish endeavors (or, what we perceive as childish endeavors) during adolescence. I don’t regret that specifically—I don’t wish that I had become a professional puppeteer, or anything like that—but it is a weird duality: being a part of that Puppet Ministry that I hated so much in the end helped me focus on my writing, my drawing, too, and it made me fearless(-ish) in wanting to try out new things and experiences and meeting new people—which I still carry with me today. And, I have to think, that it was all worth it, no matter what Adolescent Robby thought.

At my folks’ house, when I visit, I occasionally rifle through bags and tubs of old toys and knickknacks from when I was a kid. Last time I was there I came across a wolf puppet—a puppet I loved dearly when I was a kid. I found myself on the couch, hours later, with the wolf still firmly attached to my hand, watching television, only half-paying attention to what I was doing, pantomiming the wolf’s mouth along to the commercials that whizzed by in thirty second spots. I petted his fur, lingered on the glass marble eyes staring blankly ahead, the white plastic teeth that looked good for their age, only just starting to yellow. I was smiling.

Side note: The title of this essay is taken from a Christian rendition of Three Dog Night’s “Joy to the World” that goes a little something like this: