Recently read—and loved—Butcher’s Crossing by John Williams. In it, a meek Eastern college student travels out west to find himself and to try to understand with, and be at one with, nature.

I also love—love—this cover image I found online for it. 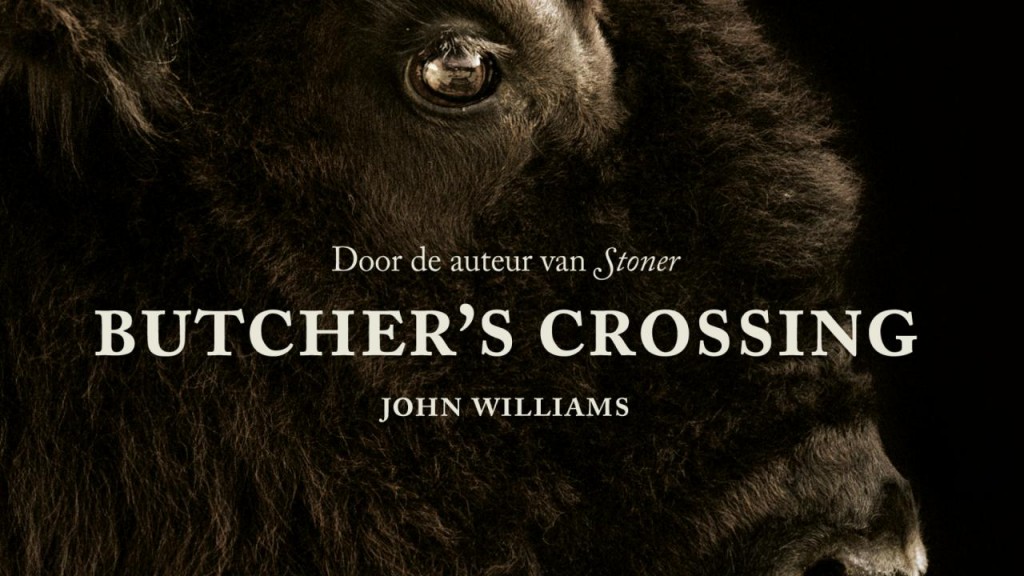 It’s a wonderful critique of the myth of American exceptionalism during the 19th Century—puffing up the characters, their invincibility, only for them to crumble time and time again when they square off against nature…and time.

Beyond that, though, there are some wonderful meditations on man and nature, about the importance of nature in one’s life and being a part of it, being drawn to it For example:

The wildness and freedom that his instinct sought…He felt that wherever he lived, and wherever he would live hereafter, he was leaving the city more and more, withdrawing into the wilderness. He felt that was the central meaning he could find in all his life, and it, and it seemed to him then that all the events of his childhood and his youth had led him unbeknowingly to this moment upon which he poised, as if before flight.

This book is a Western, but it’s the same as calling Blood Meridian a Western. It’s true, but it also dismantles the Western and becomes more than that. I don’t like the term “literary Western” but I suppose that will do. At any rate: read it. It’s a gem of a novel that elicits great thought and pontification and it’s an absolutely travesty that it’ disappeared off of readers’ radars.