The first photo (the b&w one) was taken in in 2003 at Jeff’s wedding (he’s the guy 2nd to the right), and the latter picture was taken in 2008 at Nick’s wedding (also 2nd to the right). There was no degree of planning, we just thought it would be fun to re-do the original picture.  The funny thing is, in the first picture, Nick, the next to get married, is on the far right. In the most recent photo, Matt is on the far right, and he’s getting married this coming year.  See?! Crazy!!  Does that mean…I’m next?! Are we predicting the future?! 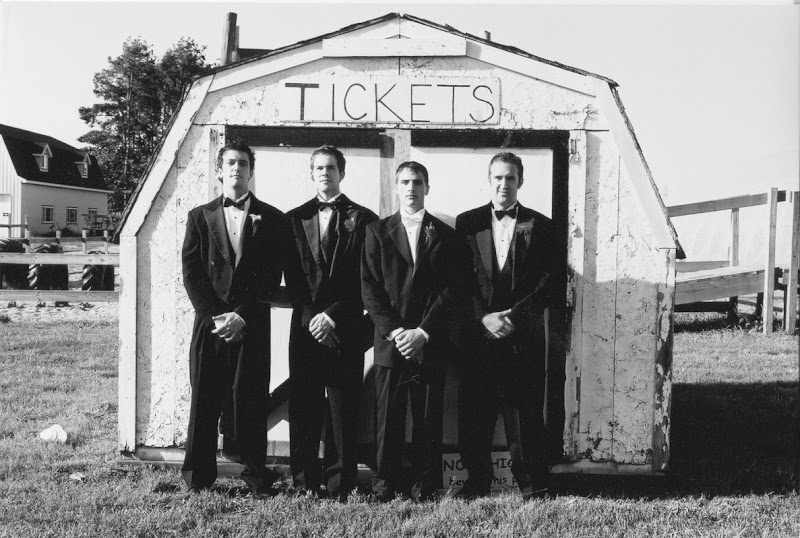 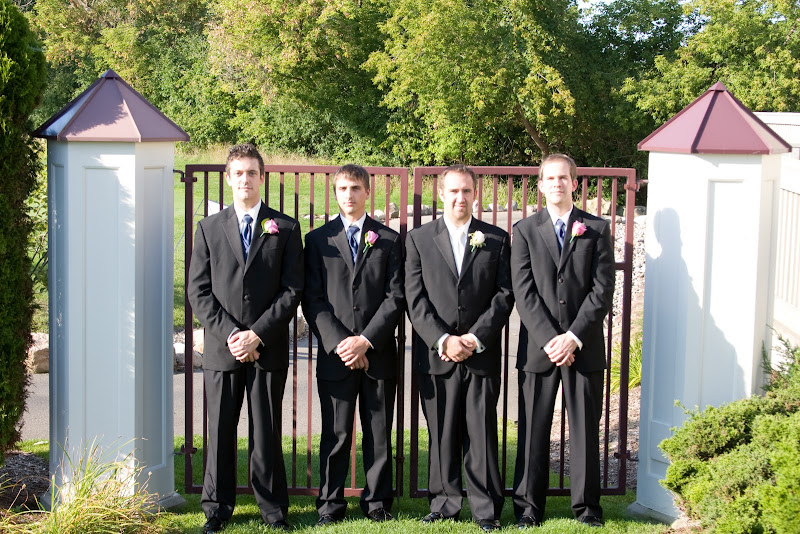